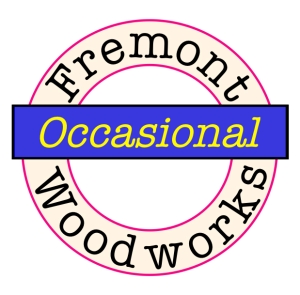 Just like the space under the Christmas tree, the lot at the shop has been accumulating deliveries of late.  First, it was a load of lumber, then today it was a load of coated fiberglass insulation.  Metal roofing should arrive late next week.  It would have been early next week, but the street in front of the shop (Fremont Ave. N.) is going to be restricted to one lane while they rip up and repair the sidewalks. 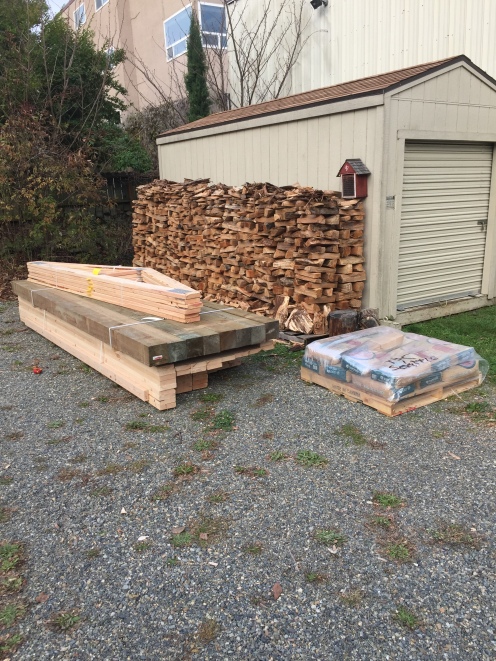 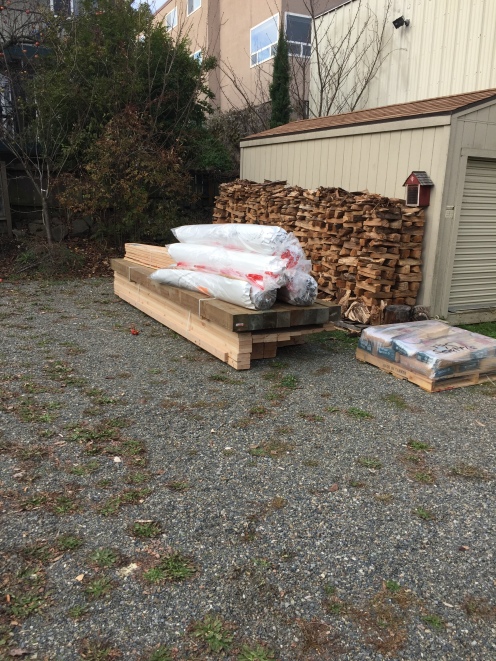 We had originally expected that the pavilion/picnic shelter would be built last Spring, but Seattle’s local construction boom resulted in a number of changes to the city’s already Byzantine  permit process.  So we decided to contract with a local builder that specializes in pole buildings, and has a well established relationship with the city permitting office.

At this point, it looks like the elves will get to work shortly after New Year.  I’ll post some construction photos once things get underway.